Why did you decide to retire and become a mediator?

I have wanted to do this for a number of years, as many of you know.  After 36 years of practicing law, at a large law firm and then in-house, I felt that it was time to make the change.  I have been encouraged by colleagues and some highly respected mediators, who 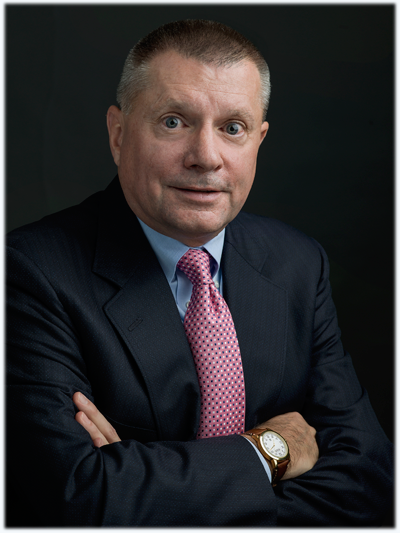 believe that I have the right combination of intelligence, legal judgment and “people skills” to make an excellent mediator.  Throughout my career as an attorney, I have always felt that my role as counselor and consensus-builder was a higher calling than my role as advocate.  For example, in 2003, I (along with my partners) hosted a conference entitled “Raiding in the Securities Industry: A Search for Consensus.”  The conference was born of my frustration at the lack of any standards in raiding cases, and over 70 of my colleagues from around the country attended.  Although I left private practice after the 2004 conference (which focused on the new Broker Protocol), the conference is still held each year by my former colleagues, now at Fisher and Phillips.  I feel that serving as a mediator is a natural extension of my calling as a counselor and consensus-builder.

What do you think distinguishes you from other mediators?

Whereas many mediators do it as a sideline to a law practice, I am a dedicated “neutral.”  This is what I am going to focus on.  I live in Florida and do not intend to seek admission to the Florida Bar, so I don’t expect to engage in the practice of law.  Nor am I a retired judge.  While retired judges often make good mediators, a few forget that they are retired and tend to hijack the mediation.  And some mediators think that the mediation is about them.  It isn’t – it’s about the parties. Finally, as a really strong “numbers guy,” I will probably be able to “crunch numbers” with you better than most.  And that often is key to getting to a settlement.

Does your professional background make you biased in favor of the “Industry”?

I wouldn’t be doing this if I thought that for a second!  True, the substantial majority of my cases as a litigator were for the defense side, but I did represent a number of customers in cases at the NASD and FINRA, and served as an arbitrator for NASD/FINRA prior to joining Legg Mason.  Those experiences helped me understand the anger, fear and sense of betrayal that customers feel when they believe that they have been wronged by their trusted financial adviser.   In the recruiting and raiding area, I handled cases on “both sides of the fence”.  Interestingly, the approach that I had a reputation for espousing on behalf of individual brokers was pretty close to what is now embodied in the Broker Protocol.  As for my in-house service the last 10 years, at my level (Deputy General Counsel) I was far less “advocate” and far more “evaluator and counselor” --- analyzing the strengths and weaknesses of cases and making recommendations to top management (and evaluating loss contingencies) -- and then working to settle the matters without litigation whenever possible.   I was an excellent trial lawyer during my career, but I was a better counselor and consensus-builder, because I was always able to see both sides of a dispute.